What is a Record Producer?

Today, musicians and artists often fill many roles when it comes to making music. This can include writing music, recording, production, marketing, cover art, and more. Some of these roles can be filled by a record producer.

But what is a record producer? What exactly is "producing" music?

For some projects, it can be as simple as a 4 track tape recorder or even a single laptop. Hobbyists have done this for ages, and it is certainly effective for capturing your ideas and even making a simple demo (a song sketch). However, if you would like to make music on a professional level, often more effort is required.

In the classic sense, a record producer creatively guides the artist in reaching a final, commercially releasable recording. This can include booking studio time, advising on song writing and arrangement, and making creative decisions. Over the last decade, the role of a record producer has, in many cases, also absorbed the job of a recording engineer. To help distinguish these roles, think of a record producer as a movie director, the guy who makes judgement calls and advises on performances. Meanwhile, the engineer is like the camera man, which requires technical knowledge of equipment and how to use it. Because technology has really made recording easier and also the increase of "bedroom producers" much of this is handled by the record producer. With a high quality computer and some choice gear, a competent record can be made. However, there is a classic saying in the music business which is that "a good engineer doesn't always make a good producer".

At Mercurius Creative, LLC we like to mesh the technical side of music production seamlessly into the art that is music itself. What this offers the artist is not only a great sounding song but also a great song. Song writing and recording is a personal process, and as artists ourselves, we get it. We want to make your music the best it can be. Using a blend of cutting edge computer software and classic analog gear, we can bring a unique and deep texture to your music. Our specialties include electronic music, dance music, and hip hop, however we are very open minded music fans and have also worked on rock, country, and jazz.

If you're looking to take your songs from an idea to a professional recording, check out our website for more info. 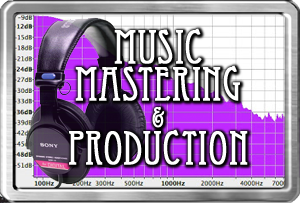 Music Mastering: What is it?

Mercurius Creative is a diverse company. We offer web and visual services in 1 half of our company and the other half offers studio audio production services. A commonly needed service is music mastering. However, for most musicians this final and critical step is often misunderstood. To worsen things, it's often either not done at all or done by an amateur which causes the final product to suffer. The last thing any musician wants to do is sound bad.

Mastering is the final chapter in the process of recording a song or album. It takes the work of the musicians, the recording engineer, and the producer; and makes it all sound it's best. The best way to describe it is the "icing" on the cake. Mastering adjusts the song's volume and tone to sound appropriate when played along with other similar music. This is critical for songs that will be played in clubs by DJs and on the radio. Obviously, you do not want your song to sound too quiet, or dull. Furthermore, it is also important for making an album. When you have multiple songs in a collection or album, volume between songs can often fluctuate. This issue becomes exacerbated when multiple studios and producers have worked on a record. Mastering essentially levels all those songs to offer an enjoyable listening experience. 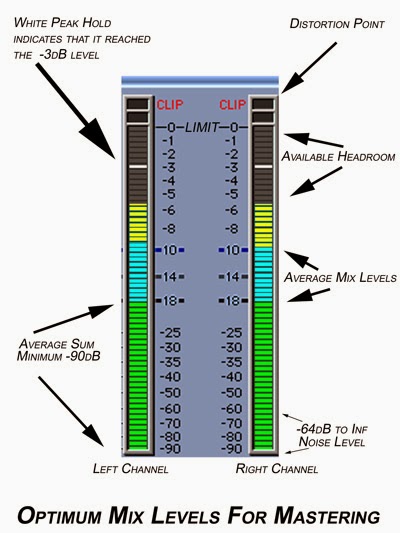 With a properly mastered song, your music will sound good on a variety of speakers, whether it is an iPhone, $20 ear buds or the most expensive hi-fi systems. To accomplish this, we use high end audio processors, a tuned room, flat monitors and an engineer with a keen ear.

For our current mastering prices, please visit our website.
We also offer a free consultation.

Mercurius Creative, LLC is a Phoenix, Az based creative company specializing in web design, graphic design, & music production. Whether you need a website for your project or a company identity, we are prepared to make your dreams a reality.
Visit our site for more information.